The cooperation of the two companies resulted in the special product designed for the Israeli company of radar development. The final product represents the integration of the planet gear Nidec and cycloidal reduction gear TwinSpin® from the company SPINEA®.
Ing. Slavomir Sedlak – segment specialist at SPINEA® 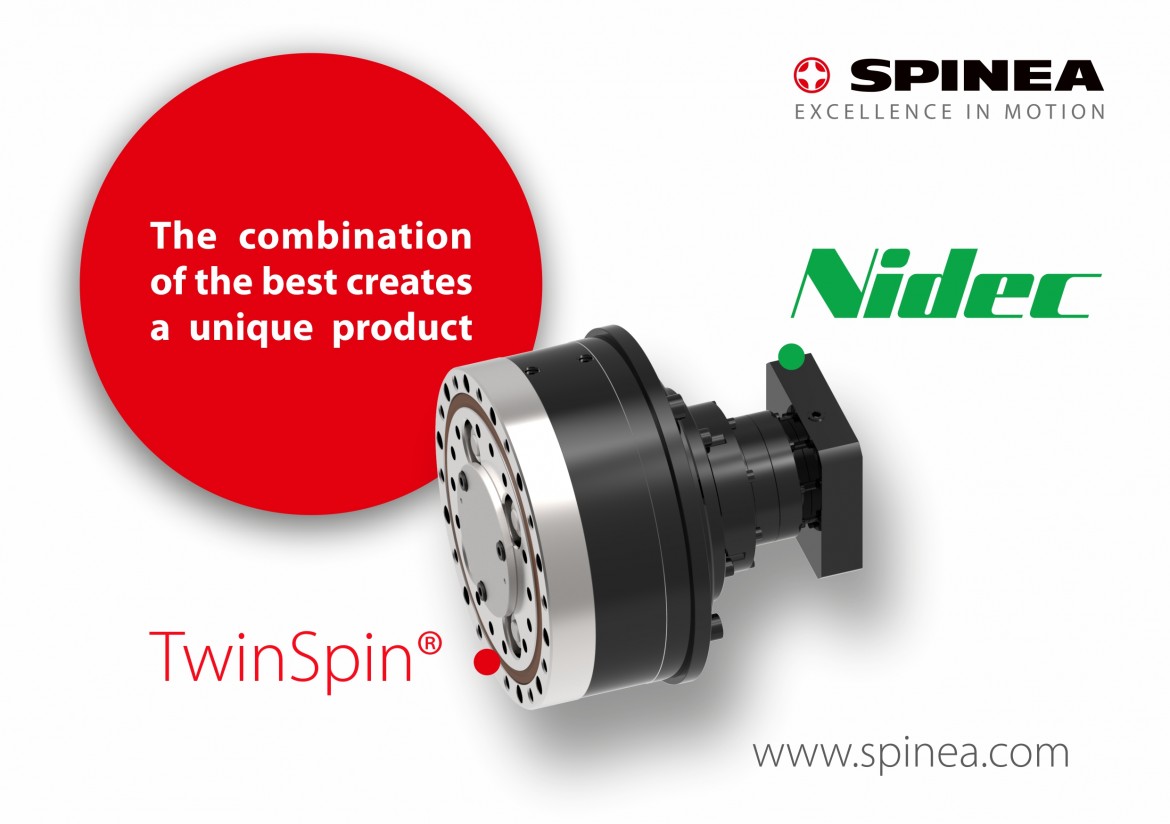 Company Nidec Corporation is a dominant Japanese producer of electric motors. The company products are installed in hard discs, electric equipment, vehicles, and production equipment. Within the latest few years, the company has been developing and producing all principles of precision gears from the planet gears, harmonic gears up to cycloidal gears. Nidec reported a huge commercial boom with high product diversification and intense access in Europe, having bought production plants there with high technology advancement.

On the other hand, company SPINEA, s.r.o. has focused on the development and improvement of technical parameters for precision reduction gears. The company has already reached excellent results in many areas. We should mention at least two projects thereof where reduction gears have been used. The first one refers to a project of extremely distant galaxies observation, intended for the radar technique ALMA located in South America; and the second one is a project for positioning of magnetic field for elementary particles collision in the European Nuclear Research Organization in Switzerland, known under the name CERN. In both cases, SPINEA, s.r.o. was the most suitable company capable of meeting these extreme technical requirements.

The cooperation of the two companies resulted in the special product designed for the Israeli company of radar development. The final product represented integration of the planet gear Nidec and cycloidal reduction gear TwinSpin® from the company SPINEA®. Joining the two products modified from the standard portfolio, a gear mechanism was created with a high gear ratio, very high precision at the exit, and excellent efficiency of the whole gear mechanism. The whole gear system is characterized by the maximum compactness of the unit.

It was possible to reach such extreme parameters thanks to the significant participation of engineers from both companies:

SPINEA, s.r.o. has managed to ensure a standard gear ratio through a single gear from   33 to 191. Nidec offers planet reduction gears with one or two gears within the gear ratio 4 – 100. Combining these two maximum gear ratios, it is possible to reach a maximum gear ratio of 19 100. The proportion between the reached gear ratio and the whole weight is unique. Various combinations of standard products from both companies are also possible, allowing for a change of gear ratio according to particular users´ requirements.

The precision of the whole unit primarily depends on the precision of the last segment of the gear system = TwinSpin® high precision reduction gear. The principle of reduction gear enables the gear effect through the rollers. Rolling out the components inside the reduction gear is enabled through rolling friction. This type of friction is much less energy demanding, generating fewer vibrations than in the case of sliding friction. Rolling friction also supports continuous slow movement at the exit area and eliminates vibration-induced oscillations, including the elimination of angular transfer error.

These properties are much appreciated in precise slow positioning, navigation, and monitoring of distant objects.

Both gear mechanisms similarly impact upon this parameter. Overall efficiency is calculated as the multiplication of the planet gear and reduction gear efficiency. These values are not constant in real life; they change with output momentum and revolutions. The principles and techniques of both main components allow for maximum high efficiency. Such efficiency is rather stable also at a fluctuating temperature from extremely low temperature (-40°C ) up to high ambient temperature (+50°C).

Over-certainty of bearing mount represents always a problem when joining two independent rotation mechanisms. Such bearing over-certainty generates additional stress during joining as a result of the failed alignment of joined rotating parts. Such over-certainty also generates additional friction and a significant reduction of efficiency. It is usually solved with flexibly mounted or extremely precise components that are able to maintain alignment down to a micron (0.001 mm). Company SPINEA, s.r.o. performs technology operations on such an extreme level, thus it didn´t pose a problem for us to ensure production of components with such high precision and obtain excellent parameters including compactness of the whole unit.

The concept is suitable for the provision of extremely slow but smooth rotating movements with possible positioning with 25 arcsec precision through the mechanical unit. If the unit is equipped with a high precision exit position sensor, positioning values much below 1 arcsec can be reached.

Particular products were developed and tested for the client in radar development, which is a dominant player in the area of communication, military, and space projects. SPINEA, s.r.o. solved technical issues with a similarly positive approach and is ready to participate on the solution of further projects with multinational companies. Company SPINEA, s.r.o is very flexible, and perfect preparation of the whole production process represents its strong point – from harmonization of custom-tailored solution draft concept – up to the final product. 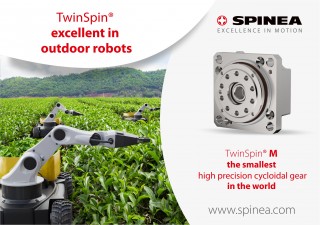 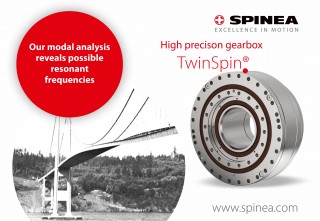 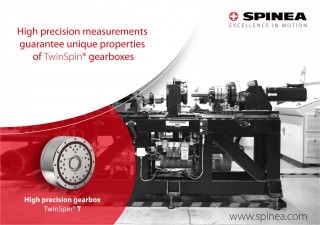 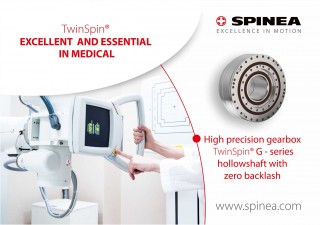 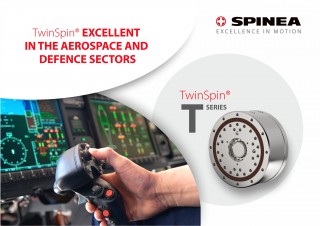 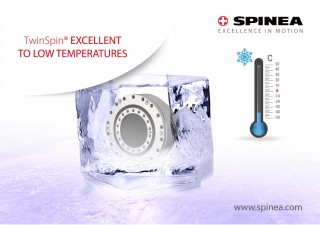 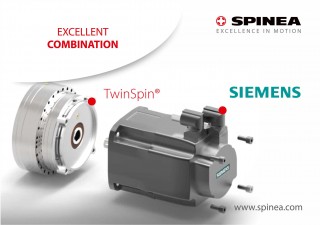 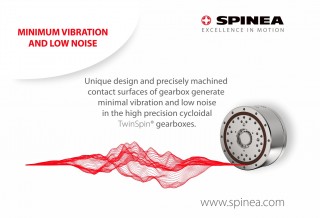 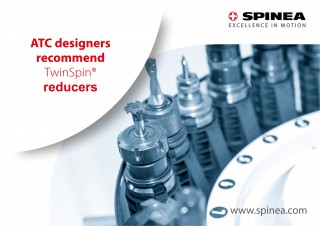 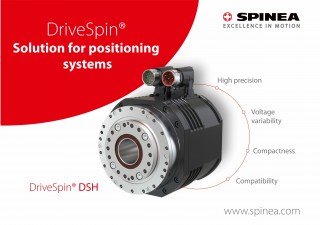 The solution for the ever-increasing complexity of positioning systems 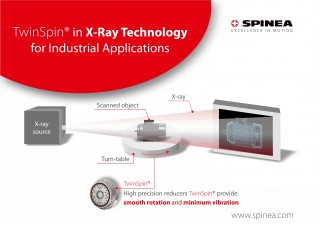 SPINEA and SIEMENS - common units with control system and equipment 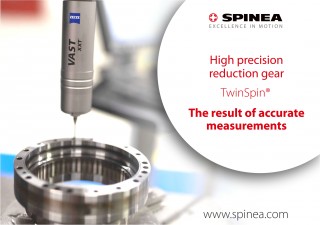 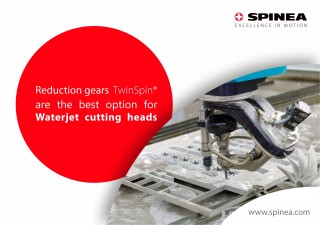 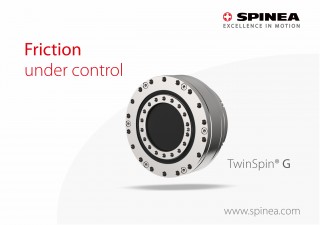 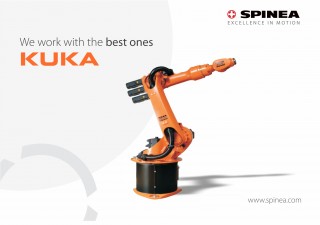 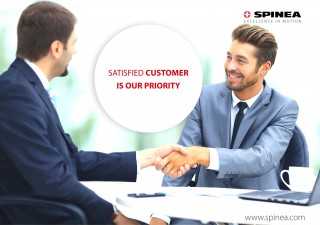 Satisfied customer is the main goal of company SPINEA 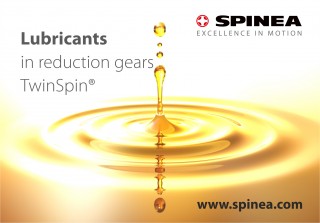 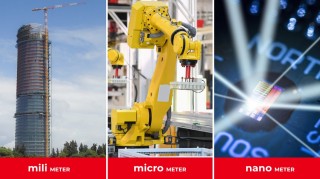 The world of high precision 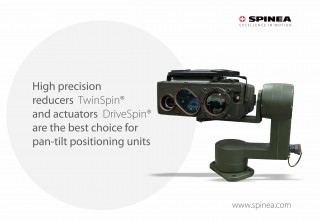 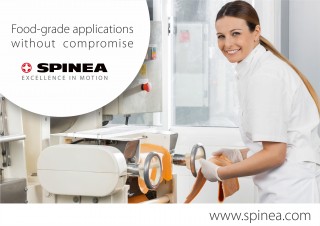 Applications for Food industry without compromise 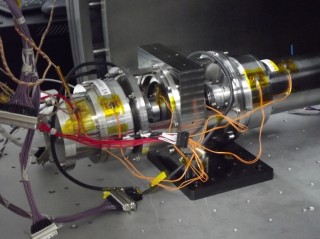 SPINEA® in vacuum and electronics applications 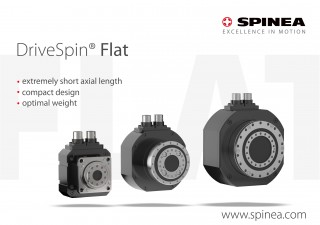 DriveSpin® Flat – yet it is flat 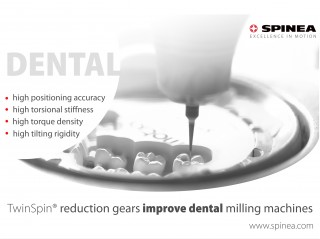 Differences between TwinSpin® and Strain Wave 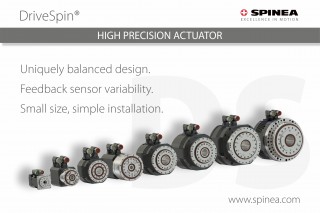 SPINEA Technologies in the area of innovations 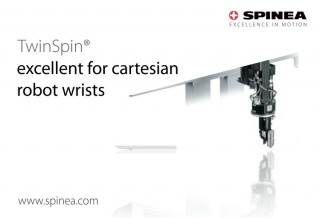 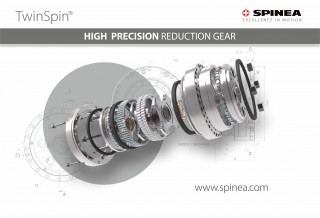 TwinSpin® - efficiency is neither a number nor a constant.